In a nation that feels more divided than ever, Nancy Jacobson wants politicians, leaders, and citizens alike to put labels aside and solve our biggest problems together. As the founder and CEO of No Labels, an organization that fights against the dysfunction and obstruction within today's politics, she and her team succeed in achieving just that. 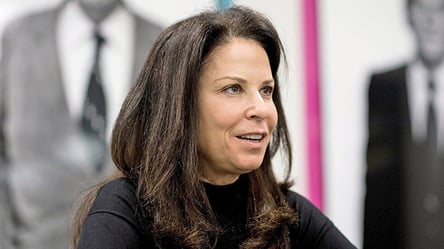 Nancy Jacobson, CEO of No Labels

Since 2010, No Labels has been instrumental in bridging the party gap. Their most significant achievement to date was inspiring the creation of the Problem Solvers Caucus. In this space, Congress members from both sides of the aisle look past partisan politics and resolve major issues. Recently, the caucus was instrumental in the creation of a bipartisan COVID Relief Bill.

With more Americans growing tired of the bickering, there is a burgeoning movement of leaders looking for a new, brighter day in American politics. Nancy knows she and her team are just getting started.

A Better Way to Lead a Nation

Since she can remember, Nancy has always wanted to be in politics. “I wanted to give whatever gift I have to help the country,” she says. For 15 years, Nancy used that gift to serve as the National Finance Director for former Indiana Sen. Evan Bayh. Then, in 2011, Sen. Bayh left office. He was tired of the constant congressional obstructionism—and Nancy began rethinking her own trajectory in Washington D.C.

“[Evan Bayh] resigned from the U.S. Senate because he was so worn down by the acrimony, divisiveness, and inaction in government,” Nancy recalls. She still wanted to serve in Washington. But after watching Sen. Bayh’s struggles firsthand, “It gave me a moment of pause," she remembers. "How do I not become defeated and carry on?”

Another critical moment for Nancy was the rapid shift from enthusiasm to pessimism after President Barack Obama’s election and inauguration. “There was such hope and optimism,” she remembers. “For a moment, the nation was unified! But, that very quickly turned.”

Nancy fully felt the partisan tides turn after the passing of the Affordable Care Act, or Obamacare. “Never before in the history of our country was such significant legislation passed by only one party,” says Nancy. “At that moment, it seemed as if our country was starting to tear.”

Stunned and saddened by the state of politics, Nancy believed that it was time to step in and influence change. “It was important to start an organization that would bring people together to repair and heal,” she says. She was also done working for politicians. “I wanted to create something that citizens and regular people could engage with—to have a vehicle to express themselves.”

Finally, through flurries of phone calls and networking, Nancy found a fantastic leadership team who shared her mission. “Corporate interests didn’t take us seriously!” she laughs. “So, day by day. Call by call. I persuaded individuals across the country to support our work. Interestingly, by corporate interests not giving us a shot, it forced me to build a national network of leaders who want nothing more than for our government to work.”

In 2010, Nancy and a team of political leaders from both sides of the aisle, including senators, former White House advisors, attorney generals, and members of Congress, officially launched No Labels. Together, they vowed to move the nation not to the left and not to the right.

They were moving forward!

No Labels in Politics

On a wall in Nancy’s office hang portraits of former Democratic Speaker of the House Tip O’Neill and Republican President Ronald Reagan—icons from very different parties and ideologies, yet with a strong working relationship. They’re the inspirational figures that Nancy hopes all politicians will one day emulate.

“They didn’t let their labels get in the way,” she says. “They put the labels aside and figured out how to get things done for the American people. That’s the point of government—to solve problems.”

Right now, however, legislation appears at a stalemate as both sides seldom see eye-to-eye. But with historical examples like Rep. O’Neill and President Reagan, it doesn’t have to be that way. “The hope is that we can get the two sides working together and get big problems solved for the country,” Nancy says. “Bipartisanship is the way that change won't take 30 years of Supreme Court challenges. It’s the people.”

Nancy and her team encourage people to put differences aside, even if just for an hour. She also clarifies that No Labels has nothing to do with giving up a party affiliation. Proudly be a Republican, Democrat, Independent, or any party—until you enter a No Labels discussion. “There are no labels in the room so we can solve problems," she emphasizes.

One of these rooms (or more recently Zoom calls) where discussions happen is during the Problem Solvers Caucus. “We were the ones that originated the idea of having a Problem Solvers Caucus in the United States House of Representatives,” says Nancy. Comprising 56 members with each party equally represented, it is the go-to caucus focusing on bipartisan discussions and decision-making.

Only established in 2017, it’s still a new entity. However, at a time when we need leaders in America coming together more than ever, it could be the spark for extraordinary change. “We’re at the moment right now where it’s going to take some revolution,” says Nancy. “It’s going to take members of Congress banding together.”

A genuinely bipartisan America might sound like an unreachable dream for many, but Nancy believes that it’s possible. “I wouldn’t do this if I weren’t an idealist or an optimist,” she says.

Still, a shift will rely on politicians, leaders, and everyday citizens insisting on a political transformation. “We need to be the change that we expect our leaders to be,” says Nancy. “How can we expect them to be better and do better if we can't do it ourselves?”

Nancy also knows that a reset on modern politics won’t happen overnight. A bipartisan landscape will require more than hard work and conversation. It’ll take time and patience as well.

“It’s hot out there,” says Nancy. “We’ve come off of this election. The country is terribly divided. We need to keep building this coalition and keep strengthening it.” With continued success, she hopes more Congress members—and everyday citizens—will be encouraged to join the cause of coming together.

“People tend to forget the difference that they can make,” Nancy says. “You can band together. You can make a difference. It doesn’t take millions.

“It’s always better to light the candle than curse the darkness.”

The conversation with Nancy Jacobson continues on the Leading with Genuine Care podcast. You’ll hear more about how Nancy, No Labels and the Problem Solvers Caucus strive to create a better, bipartisan nation. Don’t miss an article or episode of the podcast by signing up for my mailing list.