This post originally appeared as part of the Great Game of Business Gathering of the Games blog here.

For many years, when I would speak with Jack Stack about implementing the Great Game at my company, imageOne, I was usually explaining to him why it wouldn’t work for us. “We are unique,” I would explain to him. Jack would just snicker and shake his head.

I remember those days vividly and now I know that he was right: business is business and the Great Game works for thousands of companies. Why would mine be so different?

Learning to Play the Game

Throughout my 26 years in business, I’ve learned many “hard” lessons and 2014 brought one of them. We helped one of our largest clients with an initiative that would reduce their spend with us by just over $1,000,000 per year. Without question, it was the right thing to do, but it sure hurt our bottom line in the short term.

What made it even more painful was that it happened faster and was more impactful than we had planned. By June of 2014, we realized we were very much off pace on our budget and might even lose money for the first time since we started the business.

It was amidst this crisis that I finally said, “We are implementing the Great Game of Business.” It hit me that if our team could truly understand how their day-to-day decisions affect the bottom line, they would make better decisions and we could be more successful together.

My first goal was educating the team to become more financially literate and understand our financials. It worked, and we didn’t lose money in 2014 after all. Our two best years in the history of the company followed in 2015 and 2016. It was because, for the first time, the Team could connect the dots.

We’ve found that when our team has a voice, not only do they buy in but, because of their financial literacy, they understand at a deeper level how the dots are connected and why certain initiatives float to the top and others do not.

Stage one begins in June. This is where everyone begins thinking about all of the opportunities and challenges the company faces. We set the stage with the leadership team during a regular leadership team meeting (ours are weekly). Then we review the stages, timelines, and expectations.

Because this is the brainstorming phase, no idea is a bad idea. By the end of August, every team member in the company has also contributed at least one idea for an initiative or company goal. Teams are then challenged to prioritize the urgency and strategic importance of each idea, and the team leads narrow the ideas down to the top three for their respective teams.

Stage two begins with a team lead meeting in September and is completed by September 30th. During the meeting, all team leads share their team’s top three initiatives and why they believe it’s important enough to be a goal for the following year (keeping in mind that we never have more than seven goals per year, usually three to five).

Criteria for “making the cut” is established by answering the following two questions: 1) Is the challenge strategic and moves us closer to our 3-year picture and our 10-year vision? 2) Is it an urgent enough opportunity or challenge that it absolutely must be addressed? The master list is then distributed to the team leads who share it with their teams for feedback.

It is during this phase that the budget process begins. We begin by distributing year to date pace data for each team lead’s department no later than October 1st. This gives each team lead an opportunity to review and begin to think about their department’s financial requirements and “wish list” for the upcoming year.

Stage three takes place throughout October, to be completed by October 31st. The management team holds a series of meetings (as many as it takes, but usually not more than four) to discuss, debate, and ultimately decide on the top 1 to 7 goals for the upcoming year. The budget process continues during this stage by having all team leads submit their projected budget to the finance lead by October 31st.

Stage four is to be completed by the end of the year. During this last stage, the final goals are sent to the team leads who share them one last time with their teams.

For the budget, the finance lead consolidates the data from the team leads into one main budget spreadsheet. By November 30th, a meeting is set with the team leads to review, debate, and decide what makes the cut and what doesn’t. By December 15th, the finance lead updates the budget spreadsheet and a meeting or two is held to finalize the upcoming year’s financial projections.

If there are no major challenges, the goals and financial plan are set for the upcoming year!

Connect with me on Twitter and LinkedIn and keep up with imageOne here. 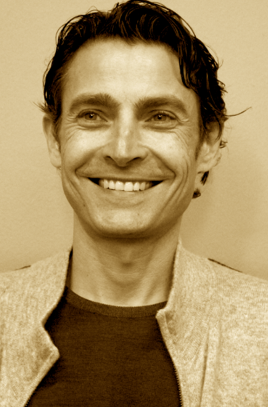