Core Values: If You Have Them, Are You Really Living Them?

The importance of company core values is discussed more than ever. As a leader who has been active in the business community for more than 25 years, I’ve noticed a rise in the number of businesses talking about their core values, which are generally defined as the principles and beliefs that drive the behaviors of all members of an organization.

Discovering the Importance of Core Values

Through my travels and visits with hundreds of companies, I’ve heard core values discussed at length and seen a range of core values posted on office walls. The best companies take their core values to heart, challenging themselves every day to ensure they are truly living their values. Likewise, the companies that have core values but don’t focus on them often find themselves struggling financially and culturally.

Many years ago, I visited with the CEO of a trendy Silicon Valley startup that had its core values posted on the walls of their very cool, modern workspace. Our conversation turned to cash flow and the need to raise additional rounds of funding to keep the company alive. I was immediately curious how their team members felt about the situation.

“How does your team react to knowing they are 2-3 months away from running out of money if you don’t raise the next round?” I asked.

He gave me a puzzled look. “Well, they would never know that," he responded.

I was confused. Transparency was one of the core values they had posted on the office walls. I followed up and asked why he didn't share that information with the team if one of their values was transparency. He responded by saying that they were transparent about some things, but not financials.

I pushed further and asked if he thought his team would answer the same way. The CEO quickly came back at me and said, “I don’t know, but they wouldn’t want to know that information anyways. It might concern them.”

His definition was obviously much different — for him, it meant that they were open about some things, but not the financial health of the company. As we wrapped up the conversation, I remember him saying, "I'm not sure about this whole core values thing anyway. I’ve been thinking about taking them down from the wall.”

I understand the challenges of running a business that truly revolves around core values because we had to make that transition ourselves. We grew imageOne from out of our parents’ basement to running the company fairly successfully for a number of years.

But about ten years into our business, we still hadn’t taken the time to sit down and really talk about our core values. Little did we know, they were already in place but not yet defined. Verne Harnish sums it up well in his book Scaling Up: How a Few Companies Make It...And Why the Rest Don’t, when he says that core values are the soul of the organization. We also learned about the Entrepreneurial Operating System (EOS).

That's when we went through the process of establishing our company's core values. Here is what they became and still are today:

We have a Passion for Extraordinary

We are Open and Honest

Leaders should take the responsibility of communicating and living their company’s core values very seriously, and sometimes that means making difficult decisions. When we decided to define our values, many changes started taking place. While some were difficult, they paved the way for new heights of success as a company.

For example, defining our core values helped us realize that some of our long-term employees did not fit with our culture. Up until this point, we could feel that something wasn't quite right with those people, but we couldn't put our finger on it.

Implementing Core Values With Our Team

Our core values gave us the tools and credibility to clearly define what values that team member wasn't exhibiting; such as being open and honest or providing an extraordinary experience to their fellow team members. We communicated our concerns to the team members and provided ample opportunity for them to focus on changing.

In some cases, they stretched themselves and things worked out. In most cases, they didn't. We endured a couple of years of turnover, parting ways with those who did not exhibit our values as we brought in those who did.

Our strong values and execution of the EOS model led to the unexpected and successful sale of the company in 2004, followed by us buying it back 18 months later in 2006. It took selling our company to fully realize our purpose as leaders and what we really wanted from business (and what we didn’t!).

At the same time, the book Small Giants: Companies That Choose to Be Great Instead of Big came across my desk — to this day, I still have no idea how it got there. As I read the book and absorbed the stories of companies that were doing business differently, putting people before profit, and investing in great company culture, I immediately recognized it as a philosophy that would help take our company to the next level.

I saw in their stories what we had been building at imageOne, and what we could still accomplish by deepening our commitment to living out our core values as an organization.

After reading Small Giants, I attended a Visioning workshop at ZingTrain, an organization within the Zingerman’s community of businesses profiled in the book. While in line at lunch, I struck up a conversation with a wonderful person who I later came to find out was Small Giants author Bo Burlingham.

I returned from the workshop and gathered our team members together, excited to build on our core values and EOS by crafting a clear, inspiring company vision. Everyone participated in the process and contributed their ideas for imageOne’s future; a practice that in itself aligned with one of our core values: we think like visionaries.

These foundational tools have helped us take control and build a business that revolves around our core values every day.

Continuing a Culture with Strong Values

I’m honored to share that today, imageOne is nationally recognized as a great place to work. In fact, imageOne was named one of 25 companies on the list of Forbes Small Giants 2017: America’s Best Small Businesses. By identifying the heart and soul of our company, we've grown our business in ways that are great AND more meaningful than endless growth.

If you’re interested in learning more about living your company’s core values, get in touch on Twitter and LinkedIn and I’d love to help however I can. 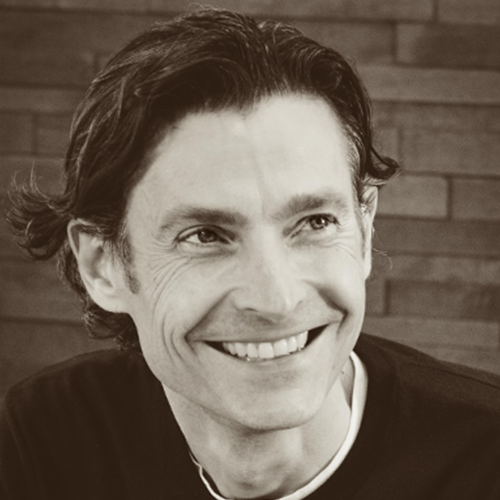